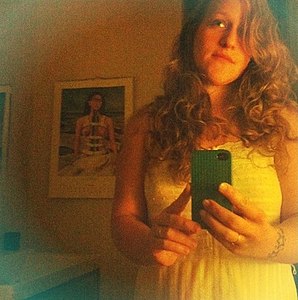 Who is Raina Rose?

Raina Rose is an American folksinger-songwriter from Portland, Oregon, who now lives in Austin, Texas.

She has been on a national tour circuit since October 2005. She was a finalist in the 2007 Kerrville Folk Festival new folk competition, she received honorable mention in the 2006 Telluride Bluegrass Festival Troubadour competition and has been featured at the High Sierra Music Festival 2006, 2007, and 2009.

Her first solo album Despite the Crushing Weight of Gravity was produced by Jim Brunberg at Mississippi Studios. Her second album The Prophet, The Panhandler and The Moon came out in February 2007 on 1% For The Planet, Threepin Records.

Raina's fourth full-length album, called "When May Came" was released in early 2010. It was largely self-produced, with assistance from bassist, Andrew Pressman and engineer, Stephen Orsak. It features members of the band some say Leland, from Austin, TX. It was recorded mostly live in a small house in South Austin over four days in September 2009. The album was released on Constant Clip Records.

"Portland native Raina Rose is everything a young female folksinger should be.

Discuss this Raina Rose biography with the community: