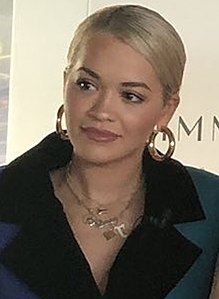 Who is Rita Ora?

Rita Sahatçiu Ora is a British singer-songwriter and actress. Her debut studio album, Ora, debuted at number one in the United Kingdom, and spawned the number-one singles "R.I.P." and "How We Do". After reaching the peak position as a featured act on DJ Fresh's "Hot Right Now", Ora became the artist with the most number-one singles on the UK Singles Chart in 2012. Ora has a mezzo-soprano vocal range. She was nominated for three awards at the 2013 BRIT Awards, including the Brit Award for Best British Breakthrough Act. She will play Mia Grey in the film adaptation of Fifty Shades Of Grey.

Discuss this Rita Ora biography with the community: