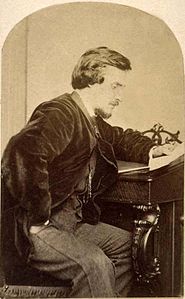 Who was Thomas Rodger?

Thomas Rodger was an early Scottish photographer. He studied at the University of St Andrews and was a protégé of Dr. John Adamson who also persuaded him to become a photographer. At age 14, he was apprenticed to Dr. James, a local chemist and druggist, whilst studying at Madras College. Adamson later taught him the calotype process which he had earlier taught his famous brother, Robert Adamson. Adamson persuaded him to assist Lord Kinnaird in his calotype studio at Rossie Priory. Rodger enrolled at the Andersonian College of Glasgow to study medicine, but Adamson persuaded him to set up a professional business in calotyping in St Andrews.

Rodger's photographs can mainly be found in the St Andrews University Library and museum.

Discuss this Thomas Rodger biography with the community: