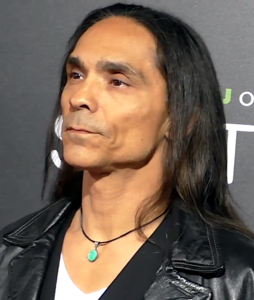 Who is Zahn McClarnon?

Zahn McClarnon is a Native American actor who is known for his guest starring roles in various television shows. McClarnon was in the Into the West miniseries for TNT and played Running Fox, brother of Dog Star played by Michael Spears and Gil Birmingham. He has starred in a 2009 film Not Forgotten and a comedy film Repo Chick. In 2013 he was in the horror movie Resolution directed by Justin Benson. He had a recurring role as Bodaway Macawi in Ringer. In 2012 he portrayed the Cheyenne reservation chief of tribal police, Officer Mathias, in Longmire, an A&E television series. Longmire was renewed for a second season in 2013; no word if McClarnon will be appearing in the second season.

Discuss this Zahn McClarnon biography with the community: