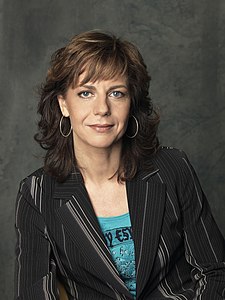 Who is Agnes Kant?

Agnes Catharina Kant is a retired Dutch politician of the Socialist Party. She was an MP from 1998 to 2010. She was also the parliamentary leader in the House of Representatives from 20 June 2008 until 4 March 2010. After suffering major losses in the municipal elections of 3 March 2010, she stepped down as parliamentary group leader and announced she would not be a candidate for re-election in the upcoming national elections.

Discuss this Agnes Kant biography with the community: