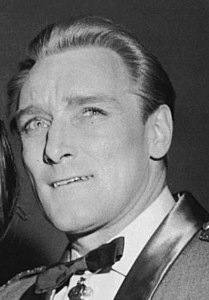 Who was Åke Lindman?

In his youth Lindman was a football player, playing defence for the Finnish national team during the Olympics in Helsinki 1952. He represented the football club HIFK in the Finnish league. In the 1960s, the British Football League club Swindon Town F.C. wanted to sign him, but he turned them down to focus on his acting career.

Åke Lindman's breakthrough as an actor came with his role as the stubborn soldier Lehto in Edvin Laine's movie The Unknown Soldier from 1955. Later, he would also achieve fame as captain Torsten Jansson in the Swedish soap opera Rederiet. Lindman also found success as the director of, amongst others, the TV-series Stormskärs Maja and the movie Framom främsta linjen, a movie about the Finland-Swedish infantry regiment 61 during the defence of the Karelian Isthmus in 1944. His last film was the war movie Tali-Ihantala 1944. Lindman won two Jussi Awards, one for best director in 1988 and a Lifetime Achievement award in 2008.

Discuss this Åke Lindman biography with the community: