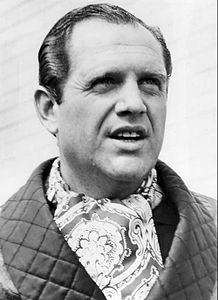 Who was Alan King?

Alan King was an American actor and comedian known for his biting wit and often angry humorous rants. King became well known as a Jewish comedian and satirist. He was also a serious actor who appeared in a number of movies and television shows. King wrote several books, produced films, and appeared in plays. In later years, he helped many philanthropic causes.

Discuss this Alan King biography with the community: