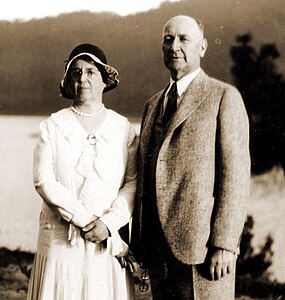 Who was Albert Hale Sylvester?

Albert Hale Slyvester was a pioneer surveyor, explorer, and forest supervisor in the Cascade Range of the U.S. state of Washington. He was a topographer for the United States Geological Survey in the Snoqualmie Ranger District between 1897 and 1907. Then, from 1908 to 1931, he served the United States Forest Service as the first forest supervisor of Wenatchee National Forest. His work involved the first detailed surveying and mapping of large portions of the Cascade Range in Washington, over the course of which he gave names to over 1,000 natural features. The surveying work often required placing cairns and other survey targets on top of mountains. He made the first ascents of a number of mountains in Washington. Over the course of his career he explored areas previously unknown to non-indigenous people. One such area, which Sylvester discovered, explored, and named, is The Enchantments. In 1944, while leading a party of friends to one of his favorite parts of the mountains, Sylvester was mortally wounded when his horse panicked and lost his footing on a steep and rocky slope.

Discuss this Albert Hale Sylvester biography with the community: