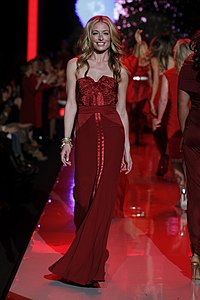 Who is Alberta Ferretti?

In 1968, Alberta Ferretti opened her first little boutique, called Jolly, in Cattolica. She designed a first collection in 1973 and was co–founder of Aeffe in 1976. She began showing seasonal collections on runways of Milan, Italy, in 1981. She launched Ferretti Jeans Philosophy in 1989, renamed Philosophy di Alberta Ferretti in 1994. In 1994 she renovated a 13th–century castle into the Palazzo Viviani hotel in Montegridolfo.

In October 1993 Ferretti presented clothes reminiscent of The Great Gatsby for the Milan ready-to-wear shows. One of her designs was a long and trim gingham dress, in pale blue. A flapper showed a beige crocheted dress styled just above the knee. Her renditions of the toga for the production were diverse. They were simple gowns, some of them short, others long and draped.

Ferretti extended her the breadth of her company outside of Italy beginning with the acquisition of a building at 30 West 56th Street in New York City. She started Aeffe U.S.A., which produced and distributed clothing by Moschino, Rifat Ozbek, Jean Paul Gaultier, and Narcisco Rodriguez. Aeffe is owned by Ferretti and her brother, Massimo. The locale also became the hub for marketing her own collections.

Discuss this Alberta Ferretti biography with the community: