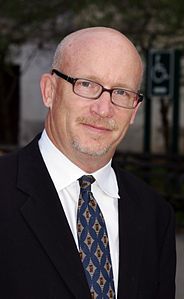 Who is Alex Gibney?

Alex Gibney is an American documentary film director and producer. In 2010, Esquire magazine said Gibney "is becoming the most important documentarian of our time".

His works as director include We Steal Secrets: The Story of Wikileaks, Mea Maxima Culpa: Silence in the House of God, Enron: The Smartest Guys in the Room; Client 9: The Rise and Fall of Eliot Spitzer; Casino Jack and the United States of Money; and Taxi to the Dark Side, focusing on an innocent taxi driver in Afghanistan who was tortured and killed at Bagram Air Force Base in 2002.

Discuss this Alex Gibney biography with the community: