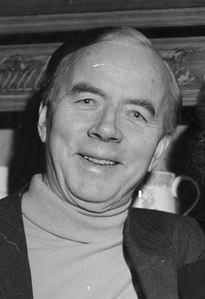 Who was Alfred Maurstad?

Alfred Maurstad was a leading Norwegian actor, and the father of actor Toralv Maurstad. Beside being an actor, Alfred was famous for playing the fiddle. He was also a movie director, and theatre manager.

In his teenage years, he played in several concerts at Nordfjord, playing Norwegian "Slåtter" on his Hardingfele.

Maurstad went to school in Bergen. He made his debut at The Norwegian Theater in 1920, and began working at the Nationaltheatret in 1930. He was the theatre manager at Trøndelag Theater from 1945 to 1950. Maurstad played main parts in several plays such as Fant, Tørres Snørtevold and Gjest Baardsen.

During the holidays, Alfred Maurstad lived at the small farm on Maurstad in Norway. The farm was received by his son, Toralv Maurstad.

Discuss this Alfred Maurstad biography with the community: