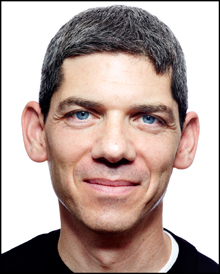 Andi Gutmans is an Israeli programmer and entrepreneur. He is a PHP developer and co-founder of Zend Technologies. A graduate of the Technion, the Israel Institute of Technology in Haifa, Gutmans and fellow student Zeev Suraski created PHP 3 in 1997. In 1999 they wrote the Zend Engine, the core of PHP 4, and founded Zend Technologies, which has since overseen PHP advances, including the current PHP 5 release. The name Zend is a portmanteau of their forenames, Zeev and Andi.

Gutmans currently serves as CEO of Zend Technologies. Before being appointed CEO in February 2009, he led Zend's R&D including development of all Zend products and Zend's contributions to the open-source Zend Framework and PHP Development Tools projects. He has participated at Zend in its corporate financing and has also led alliances with vendors like Adobe, IBM, Microsoft, and Oracle.

In 2004 he wrote a book called "PHP 5 Power Programming" together with Stig Bakken and Derick Rethans.

Discuss this Andi Gutmans biography with the community: