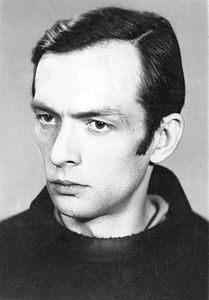 Andrzej Wojciech Trybulec, was a Polish mathematician and computer scientist, at the University of Białystok, in Białystok, Poland, noted for development of the Mizar system. He received his Ph.D. in the field of topology from Karol Borsuk in 1974 at the Institute of Mathematics of the Polish Academy of Sciences.

His first mathematical papers were in the domain of various topological and metric space topics of Karol Borsuk. Not much later, and in parallel to his topological research, he worked also in the field of mathematical linguistics.

Trybulec was the founder and developer of the formalization system Mizar based on the Tarski–Grothendieck set theory axioms and the founder of the Mizar Mathematical Library the world’s largest repository of formalized and computer-checked mathematics.

Trybulec's sister, Krystyna Kuperberg, his brother in law, Włodzimierz Kuperberg, and their son, Greg Kuperberg, are all noted mathematicians.

Discuss this Andrzej Trybulec biography with the community: