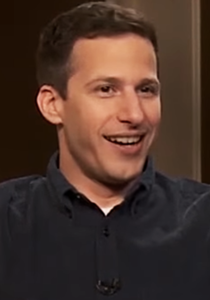 Who is Andy Samberg?

David A. J. "Andy" Samberg is an Emmy and Golden Globe-winning American actor, comedian, writer, and member of the comedy group The Lonely Island. He was a cast member on Saturday Night Live, where he and his fellow group members have been credited with popularizing the SNL Digital Shorts. He also starred in Hot Rod, I Love You, Man, That's My Boy, Celeste and Jesse Forever and Hotel Transylvania. He currently stars in the sitcom Brooklyn Nine-Nine, for which he won a Golden Globe in 2014.

Discuss this Andy Samberg biography with the community: