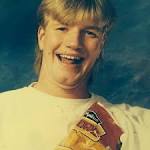 Who is Bård Tufte Johansen?

In 2003 Johansen starred in the Norwegian movie Lille Frøken Norge. He has also done stand-up comedy. In the years 1988–1990 he was the vocalist of Norwegian progressive rock band Utopian Fields.

Although most people regard his humor as intelligent, he has raised controversy several times. In 2002 Bård Tufte Johansen, representing Åpen post, mocked the media's double standards when the Norwegian Labour Party leader Thorbjørn Jagland was hospitalised after sustained media pressure. Behind the TV reporter reporting live from outside the hospital, Tufte Johansen jumped around in a chicken costume, cackling about media's treatment of Thorbjørn Jagland. This raised significant controversy in Norway.

Discuss this Bård Tufte Johansen biography with the community: