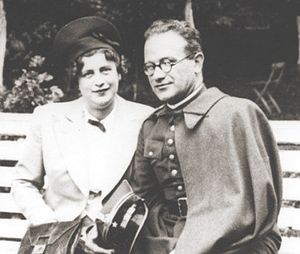 Who was Baruch Steinberg?

Baruch or Boruch Steinberg was a Polish rabbi and military officer. He was Chief Rabbi of the Polish Army during German invasion of Poland in 1939 and was murdered in the Katyn massacre by the Soviet Union in April 1940.

Discuss this Baruch Steinberg biography with the community: