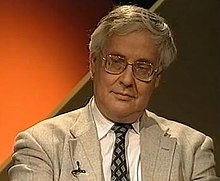 Who is Benedict Anderson?

Benedict Richard O'Gorman Anderson is Aaron L. Binenkorb Professor Emeritus of International Studies, Government & Asian Studies at Cornell University, and is best known for his celebrated book Imagined Communities, first published in 1983. Anderson was born in Kunming, China, to James O'Gorman Anderson and Veronica Beatrice Bigham, and in 1941 the family moved to California. In 1957, Anderson received a Bachelor of Arts in Classics from Cambridge University, and he later earned a Ph.D. from Cornell's Department of Government, where he studied modern Indonesia under the guidance of George Kahin. He is the brother of historian Perry Anderson.

Discuss this Benedict Anderson biography with the community: