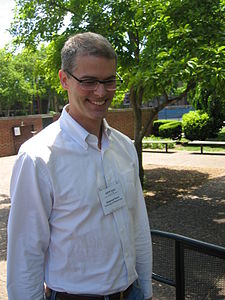 Who is Benjamin C. Pierce?

As part of his research, Pierce has led development on several open-source software projects, including the Unison file synchronization utility.

Discuss this Benjamin C. Pierce biography with the community: