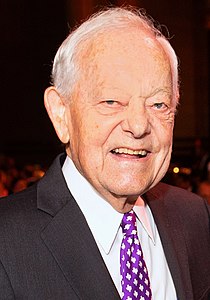 Who is Bob Schieffer?

Robert Lloyd "Bob" Schieffer is an American television journalist who has been with CBS News since 1969, serving 23 years as anchor on the Saturday edition of CBS Evening News from 1973 to 1996; chief Washington correspondent since 1982, moderator of the Sunday public affairs show Face the Nation since 1991. From March 2005 to August 31, 2006, Schieffer was interim weekday anchor of the CBS Evening News. As of 2011, he is one of the primary substitutes for Scott Pelley.

Schieffer is one of the few journalists to have covered all four of the major Washington national assignments: the White House, the Pentagon, United States Department of State, and United States Congress. His career with CBS has almost exclusively dealt with national politics.

Discuss this Bob Schieffer biography with the community: