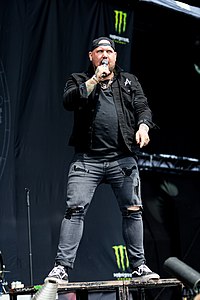 Who is Brandon Saller?

Brandon Kyle Saller is the drummer and vocalist of metalcore band, Atreyu. He is responsible for the melodic singing found in the band's music. He is the band's primary songwriter, along with guitarist Dan Jacobs. Following Atreyu's hiatus in 2011, Saller brought his side project, the Black Cloud Collective, into the media, renaming it as Hell or Highwater, who released a full length album, entitled Begin Again, in 2011. The band recently released an EP entitled The Other Side in August 2013. In Hell or Highwater, Saller serves as the band's frontman.

Discuss this Brandon Saller biography with the community: