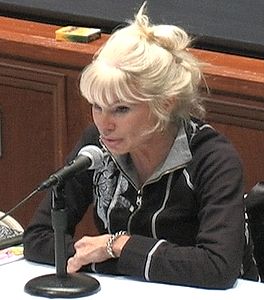 Who is Bree Walker?

Walker was born in Oakland, California and raised in Austin, Minnesota. She inherited ectrodactyly, a rare genetic condition, resulting in missing fingers and toes and syndactyly resulting in them being fused together.

Discuss this Bree Walker biography with the community: