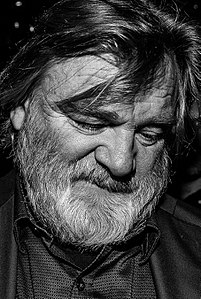 Who is Brendan Gleeson?

Brendan Gleeson is an Irish actor. His best-known films include Braveheart, Gangs of New York, In Bruges, 28 Days Later, Troy, the Harry Potter films, The Guard and the role of Michael Collins in The Treaty. He won an Emmy Award in 2009 for his portrayal of Winston Churchill in the film Into the Storm.

Discuss this Brendan Gleeson biography with the community: