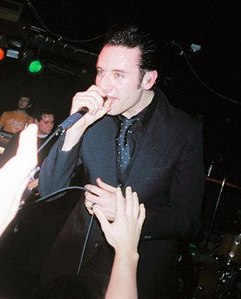 Who is Brett Detar?

Brett Detar is an American singer, songwriter, film composer, and music producer. He was formerly the lead singer of the now defunct band The Juliana Theory as well as former guitarist/bassist for metalcore band Zao. Born April 30, 1978 in Greensburg, Pennsylvania Detar currently works as a film composer and solo singer-songwriter, in Los Angeles, California.

On November 9, 2010, Detar released his debut solo album "Bird In The Tangle" and distributed it for free on his website.

Discuss this Brett Detar biography with the community: