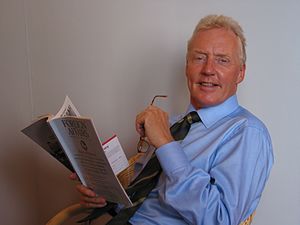 Who was Brian Barron?

Brian Munro Barron MBE was a British foreign and war correspondent for BBC News. During a career spanning five decades he reported on many major world events, including the end of British rule in Aden, the Vietnam War, the troubles in Northern Ireland, the 1991 Gulf War and the 2003 Iraq War. He was also the recipient of a Royal Television Society award for Reporter of the Year in 1980, and was presented with an International Reporting Prize for work in Latin America. He was awarded the MBE for his services to broadcasting in 2006.

Discuss this Brian Barron biography with the community: