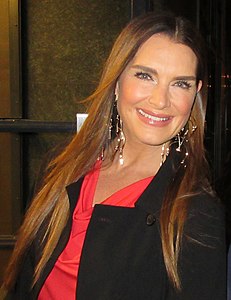 Who is Brooke Shields?

Brooke Shields is an American actress, model and former child star. Shields, initially a child model, gained critical acclaim for her leading role in Louis Malle's controversial film Pretty Baby, in which she played a child prostitute in New Orleans at the turn of the 20th century. The role garnered Shields widespread notoriety, and she continued to model into her late teenage years and starred in several dramas in the 1980s, including The Blue Lagoon, and Franco Zeffirelli's Endless Love.

In 1983, Shields abandoned her career as a model to attend Princeton University, where she graduated with a bachelor's degree in French literature. In the 1990s, Shields returned to acting, appearing in minor roles in films, and starred in the titular role of the sitcom Suddenly Susan, which ran for four seasons between 1996 and 2000. Most recently, Shields has made appearances in other television shows, including That '70s Show and Lipstick Jungle.

Discuss this Brooke Shields biography with the community: