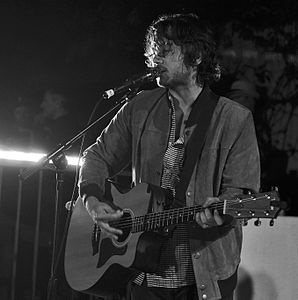 Who is Bruce Driscoll?

Bruce Driscoll is a Brazilian/American record producer, songwriter, guitarist, film composer and vocalist. He first gained notoriety as one half of the indie pop band Astaire. Co-writing/Producing/Self-releasing songs with his sister, Erica.

He is a frequent collaborator with Andy Chase. Playing guitar in Chase's band Brookville, keyboards in Ivy and more recently co-producing and writing for Chase's new project Camera2. In 2011 he formed the band Freedom Fry with Parisian singer Marie Seyrat.

Discuss this Bruce Driscoll biography with the community: