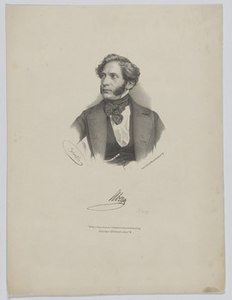 Who was Bruno Erhard Abegg?

Abegg was born in Elbing in West Prussia, where his father was a merchant and Privy TradeCouncil.

Beginning in 1822, Abegg studied law at the universities of Heidelberg and Königsberg, and practised in Danzig and Königsberg. In 1831, he purchased a manor in Fischhausen, becoming head of this district on 23 April 1833. He then moved to Königsberg, where he became superintendent of the police. In 1835, he was given the title of Privy Council of the Government in Berlin and sent to Breslau.

He became vice president of the Fünfzigerausschuss in Frankfurt. Later, he was a member of the National Assembly in Berlin, where he died of an illness.

Abegg was a cousin of the criminalist Julius Friedrich Heinrich Abegg.

Discuss this Bruno Erhard Abegg biography with the community: