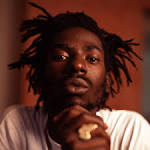 Who is Buju Banton?

Buju Banton is a Jamaican dancehall, ragga, and reggae musician. Banton has recorded pop and dance songs, as well as songs dealing with sociopolitical topics.

He released early dancehall singles in 1991, but came to prominence in 1992 with two albums, including Mr. Mention, which became the best-selling album in Jamaican history upon its release. Banton signed with major label Mercury Records and released Voice of Jamaica the following year. By the mid-1990s, Banton had converted to the Rastafari faith, and his music undertook a more spiritual tone. His 2010 album Before the Dawn won Best Reggae Album at the 53rd annual Grammy Awards.

Banton gained international notoriety early on in his career for the anti-gay track "Boom Bye Bye", as well as for his 2009 arrest and conviction in the United States on drug conspiracy and firearms charges, for which he is currently serving a ten-year federal prison sentence. He is scheduled to be released January 2019.

Discuss this Buju Banton biography with the community: