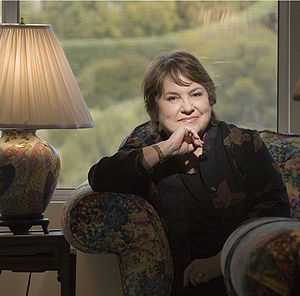 Who is Carolyn See?

Carolyn See is an adjunct professor of English at the University of California, Los Angeles, and the author of nine books, including the memoir, Dreaming: Hard Luck and Good Times in America, an advice book on writing, Making a Literary Life, and the novels There Will Never Be Another You and The Handyman.

See earned her associate degree from Los Angeles City College and her M.A. from California State University, Los Angeles. See dropped out of graduate school at UCLA to marry and move to Newfoundland, but eventually returned to earn her PhD. As a young woman and single mother, she earned money by testifying for the defense in pornography trials, leading to the successful book Blue Money: Pornography and the Pornographers. Having previously worked as a waitress and a teaching assistant, See's first teaching job was as a professor of English at Loyola Marymount University from 1975 until 1985. This was followed by a period as a visiting professor of English at her alma mater, UCLA, from 1986 to 1989, where she would later become an adjunct professor.

Discuss this Carolyn See biography with the community: