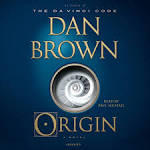 Who is Dan Brown?

Dan Brown is an American author of thriller fiction who is best known for the 2003 bestselling novel The Da Vinci Code. Brown's novels are treasure hunts set in a 24-hour period, and feature the recurring themes of cryptography, keys, symbols, codes, and conspiracy theories. His books have been translated into 52 languages, and as of 2012, sold over 200 million copies. Two of them, The Da Vinci Code and Angels & Demons, have been adapted into films.

Brown's novels that feature the lead character Robert Langdon also include historical themes and Christianity as motifs, and as a result, have generated controversy. Brown states on his website that his books are not anti-Christian, though he is on a 'constant spiritual journey' himself, and says that his book The Da Vinci Code is simply "an entertaining story that promotes spiritual discussion and debate" and suggests that the book may be used "as a positive catalyst for introspection and exploration of our faith."

At 200 million books sold, he is one of the highest selling authors of all time and with only six books, he has achieved these sales writing fewer books than anyone above him on the list. The Robert Langdon series is currently the seventh highest selling series of all time.

Discuss this Dan Brown biography with the community: