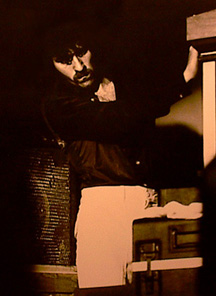 Who is Dan Pinto?

Dan Pinto is a BMI composer/keyboardist/drummer-percussionist who writes and performs music in the styles of Jazz-Fusion and orchestral Film score and Soundtrack. Beginning in 1991, his original music compositions were used for many Robin Leach hosted television shows that ran in syndication for several years including Lifestyles of the Rich and Famous and Runaway with the Rich & Famous. His music was also used for the 1993 syndicated television show, World’s Best 1992.

Discuss this Dan Pinto biography with the community: