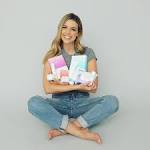 Who is Dana Ward?

Dana Ward is a professor emeritus of Political Studies at Pitzer College, where he founded and maintains the Anarchy Archives and where he taught from 1982 through 2012. He was the Executive Director of The International Society of Political Psychology from July 1998 to the Fall of 2004. Dana Ward received his BA from University of California, Berkeley, an MA in political science from The University of Chicago, and a double PhD in political science and psychology from Yale University. Ward also served on the Psychology faculty at the Claremont Graduate University. Ward taught at St. Joseph's University during Fall 1981 through Spring 1982, at Ankara University in 1986 on a Fulbright Fellowship, at the Johns Hopkins-Nanjing University Center for Chinese and American Studies, from the fall of 1990 through the spring of 1992, and at Miyazaki International College, Miyazaki, Japan, from January 1995 through January 1997. His full c.v is maintained on his website.

Discuss this Dana Ward biography with the community: