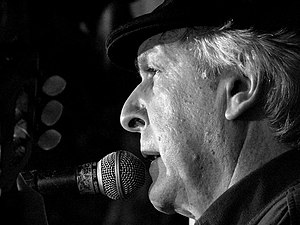 Who is Daniel Viglietti?

Daniel Alberto Viglietti Indart is an Uruguayan folk singer, guitarist, composer, and political activist. He is one of the main exponents of Uruguayan popular song and also of the Nueva Canción or "New Song" of the 1960s and early 1970s.

He has performed the works of Cuban Nueva Trova stars Silvio Rodríguez and Pablo Milanés and Brazil's Chico Buarque and Edu Lobo, has worked with Cuban composer and arranger Leo Brouwer. His recordings are widely available, especially "Trópicos".

Viglietti was imprisoned in 1972 by his own government. He was supported by the likes of Jean-Paul Sartre as an international man of conscience, a voice for peace, and an opponent of the fascism and tyranny that plagued South America in the 1970s. Rumors about possible mistreatment against him forced the authorities to bring him out in front of television cameras to show that, in particular, his hands were fine. However, Viglietti spoke out that his treatment in police custody was much better than what other political prisoners received. He was a peer of the late Chilean poet and folk singer Victor Jara and composer and activist Violeta Parra.

Discuss this Daniel Viglietti biography with the community: