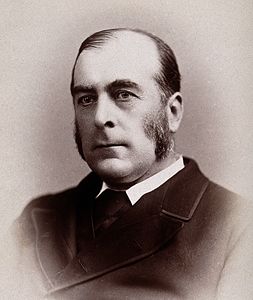 Who was Edward Hallaran Bennett?

Edward Hallaran Bennett was an Irish surgeon remembered for describing Bennett's fracture. He attended Hamblin and Porter's School in Cork, and the Academic Institute in Hardcourt Street. He studied at Trinity College, Dublin of the University of Dublin, gaining a BA, and MB before graduating with a M.Ch. in 1859 and M.D. in 1864. He was professor of anatomy and surgery at the Trinity College from 1873 to 1906. He studied fractures, dislocations and bone diseases, recording them at the Pathology Museum at the Trinity College. He described his eponymous fracture at the British Medical Association meeting in Cork in 1880. He is said to have introduced antiseptic technique to Dublin, and became president of the Royal College of Surgeons in Ireland.

Discuss this Edward Hallaran Bennett biography with the community: