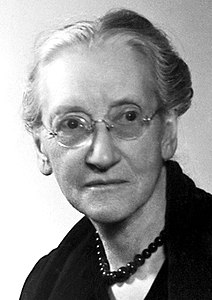 Who was Emily Greene Balch?

Emily Greene Balch was an American economist and writer.

She became a Quaker and won the Nobel Peace Prize in 1946 for her work with the Women's International League for Peace and Freedom. Balch combined an academic career at Wellesley College with a long-standing interest in social issues such as poverty child labor and immigration, as well as settlement work to uplift poor immigrants and reduce juvenile delinquency. She moved into the peace movement at the start of the World War I in 1914, and began collaborating with Jane Addams. She refused to support the war effort when the United States entered the war in 1917, and lost her professorship at Wellesley College. In 1919 she played a central role in the International Congress of Women. It changed its name to the Women's International League for Peace and Freedom, and was based in Geneva. She was the League as its first international Secretary-Treasurer, administering the organizations activities. She helped set up summer schools on peace education, and created new branches in over 50 countries. She cooperated with the League of Nations regarding drug control, aviation, refugees, and disarmament. In World War II, she favored Allied victory and did not criticize the war effort, but did support the rights of conscientious objectors.

Discuss this Emily Greene Balch biography with the community: