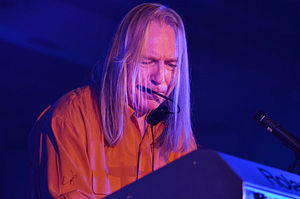 Who is Éric Mouquet?

Éric Mouquet, is the co-founder of the band Deep Forest. He won a Grammy Award in 1995, and a World Award for best world music album.

The other half of Deep Forest is Michel Sanchez.

In June 2008, he started a new label called Deep Projects, to promote music inspired by travel and the meeting with musicians from around the world. Albums that Mouquet has worked on include Deep Brasil, Deep Africa, Deep China, Deep Sky and Deep India.

Discuss this Éric Mouquet biography with the community: