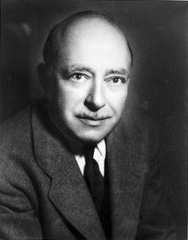 Who was F. Hugh Herbert?

Born in Vienna, Austria, Herbert was educated at the University of London. He began his film career in 1926 with two projects starring Conrad Nagel, The Waning Sex and There You Are!, the latter adapted from his play of the same title. His screenwriting credits included Vanity Fair, Fashions of 1934, Smarty in 1934, adapted from his own play; Sitting Pretty, Dark Command, Our Very Own, The Little Hut, and Scudda Hoo! Scudda Hay! and The Girls of Pleasure Island, both of which he also directed.

Herbert's most notable screenplay was The Moon is Blue, based on his play which had a run of 924 performances on Broadway. The film adaptation, produced and directed by Otto Preminger, was controversial due to its frank language and sexual themes. When the Breen office refused to give it a Motion Picture Production Code seal of approval, United Artists opted to release the film without one, and the success of the film was instrumental in weakening the long-standing influence of the Code.

One of Herbert's most enduring creations was the character of American teenager Corliss Archer, who was introduced in his hit 1943 play Kiss and Tell and immortalized on screen by Shirley Temple in the 1945 film adaptation. The character went on to appear in a series of magazine articles, another Temple film, and a radio and television series called Meet Corliss Archer.

Discuss this F. Hugh Herbert biography with the community: