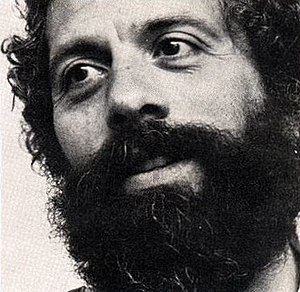 Who was Facundo Cabral?

Facundo Cabral was an Argentine singer, songwriter and philosopher.

He was best known as the composer of "No soy de aquí ni soy de allá", which he improvised during one of his concerts. His songs have been covered by Spanish language interpreters such as Alberto Cortez, who was also a friend of his, Juan Luis Guerra and Joan Manuel Serrat.

After touring the world, Cabral enjoyed popularity in his home country during the early 1980s, when Argentine radio demanded local content after the Malvinas War. He was enormously popular in all Latin American countries; when he performed in Peru or Mexico, which he called his second home, tickets were sold out long before the performance date. Facundo Cabral was named a United Nations Messengers of Peace in 1996.

Discuss this Facundo Cabral biography with the community: