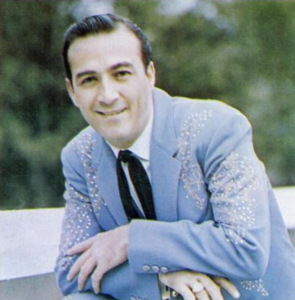 Who was Faron Young?

Faron Young was an American country music singer and songwriter from the early 1950s into the mid-1980s and one of its most successful and colorful stars. Hits including "If You Ain't Lovin'" and "Live Fast, Love Hard, Die Young" marked him as a honky-tonk singer in sound and personal style; and his chart-topping singles "Hello Walls" and "It's Four in the Morning" showed his versatility as a vocalist. Known as the Hillbilly Heartthrob, and following a movie role, the Young Sheriff, Young's singles reliably charted for more than 30 years. He committed suicide in 1996. Young is a member of the Country Music Hall of Fame.

Discuss this Faron Young biography with the community: