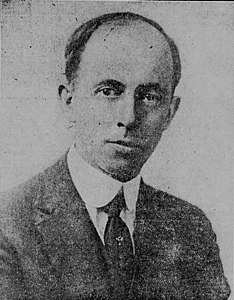 Who was Frederic G. Melcher?

Frederic Gershom Melcher was an American publisher, bookseller, and editor and a major contributor to the library science field and book industry. He is particularly known for his contributions to the children's book genre, including the Newbery Medal and Caldecott Medal. Melcher was named as one of the most important 100 leaders in the library science field in the 20th century in an American Libraries article and has been described as "the greatest all-round bookman in the English-speaking world".

Melcher was born in 1879 in Malden, Massachusetts, a suburb on the north side of Boston. In 1883, the family moved to Newton Center, another Boston suburb. A 1945 essay describes his childhood growing up near a lake, fishing, ice skating and swimming. He was also an avid reader from a young age, making many visits to the library, as well as enjoying books passed on or given by friends and family.

Discuss this Frederic G. Melcher biography with the community: