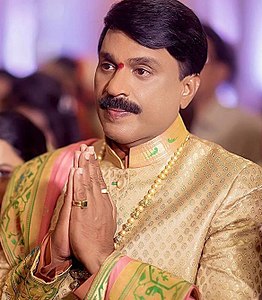 Who is G. Janardhana Reddy?

Gali Janardhana Reddy, born on 11 January 1967 is an Indian politician with the BSR Congress party and one of the richest politicians of Karnataka. He has also been known to be close to former Andhra Pradesh CM Y. S. Rajasekhara Reddy of the Indian National Congress and now with his son Y. S. Jagan Mohan Reddy of the YSR Congress party.

He obtained his first iron ore mining license in Karnataka in 2004, when the Congress party led the state government. He has subsequently been implicated in the illegal mining scandal in Bellary and the related Belekeri port scam. In 2009, a Supreme Court of India-appointed central empowerment committee recommended action against Reddy-owned Obulapuram Mining Company. An FIR in the case was filed by the Central Bureau of Investigation. Also, Santosh Hegde, the Lokayukta or ombudsman of Karnataka state, had indicted Reddy and his two brothers, all of whom were cabinet ministers in the BJP's Karnataka state government at the time, in the mining scandal.

After being arrested and sent to judicial custody, all three Reddy brothers were removed from their ministerial positions. Subsequently, they broke away from the BJP. While Yeddyurappa formed the Karnataka Janata Paksha party, the Reddy brothers joined up with B. Sriramulu to form the BSR Congress party.

Discuss this G. Janardhana Reddy biography with the community: