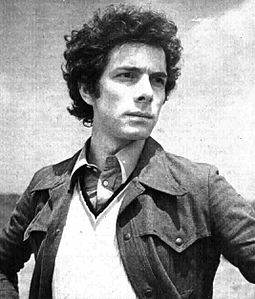 Who is Gabriele Lavia?

Lavia was born in Milan, Lombardy. Since 1970 he has had roles in nearly thirty films and television programs. He is probably best known in the United States for his appearances in several horror films, including Beyond the Door, Dario Argento's Deep Red, Inferno, and Sleepless, and Pupi Avati's Zeder, in which he starred.

Discuss this Gabriele Lavia biography with the community: