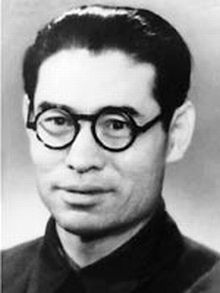 Who was Gao Gang?

Gao Gang was a Chinese Communist Party leader during the Chinese Civil War and the early years of the People's Republic of China, before becoming the victim of the first major purge within the CCP since before 1949. The events surrounding Gao's purge, the so-called "Gao Gang Affair", are still the subject of debate: a limited amount of research has been done on the topic, partly due to the relatively small amount of information available.

Born in rural Shaanxi province in 1905, Gao Gang joined the CCP in 1926 and led a revolutionary guerilla base there during the Chinese Civil War. He was of peasant background with a low level of education: he is said to have not been very literate. Among his colleagues inside the CCP, he gained a reputation as having great confidence and ambition, and of being a notorious womanizer. Trusted by Mao Zedong, Gao was dramatically promoted in the final years of the civil war to become the Party, state and military head of the key Northeast area of China. In 1952 he was ordered to Beijing to become head of the State Planning Commission of China, where he later attempted a leadership challenge against Liu Shaoqi and Zhou Enlai. His attempt failed and he committed suicide in August 1954.

Discuss this Gao Gang biography with the community: