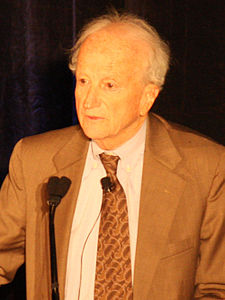 Who was Gary Becker?

He was awarded the Nobel Memorial Prize in Economic Sciences in 1992 and received the United States Presidential Medal of Freedom in 2007. He was a Rose-Marie and Jack R. Anderson senior fellow at the conservative Hoover Institution, located at Stanford University.

Becker was one of the first economists to branch into what were traditionally considered topics belonging to sociology, including racial discrimination, crime, family organization, and drug addiction. He was known for arguing that many different types of human behavior can be seen as rational and utility maximizing. His approach included altruistic behavior by defining individuals' utility appropriately. He was also among the foremost exponents of the study of human capital. Becker was also credited with the "rotten kid theorem."

Discuss this Gary Becker biography with the community: