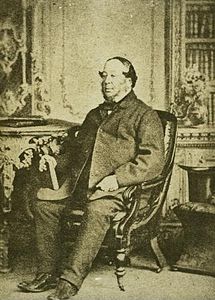 Who was George Shillibeer?

George Shillibeer was an English coachbuilder.

Shillibeer was born in St Marylebone, London the son of Abraham and Elizabeth Shillibeer. Christened in St Marys Church, Marylebone on 22 October 1797, Shillibeer worked for the coach company Hatchetts in Long Acre, the coach-building district of the capital. In the 1820s he was offered work in Paris, France, where he was commissioned to build some unusually large horse-drawn coaches of "novel design". The aim was to design a coach capable of transporting a whole group of people, perhaps two dozen, at a time.

Shillibeer's design worked, and was very stable. It was introduced into the streets of Paris in 1827. Shortly afterwards, Shillibeer was commissioned to build another by the Newington Academy for Girls, a Quaker school in Stoke Newington near London; this had a total of twenty-five seats, and entered history as the first school bus. In 1827 Joseph Pease, a railway pioneer and later the first Quaker MP, wrote in verse about the school bus:

The straight path of Truth the dear Girls keep their feet in,

And ah! it would do your heart good Cousin Anne,

To see them arriving at Gracechurch Street Meeting,

Discuss this George Shillibeer biography with the community: