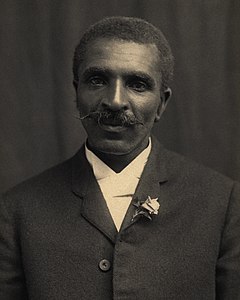 Who was George Washington?

George Constant Louis Washington was an American inventor and businessman of Anglo-Belgian origin. He is best remembered for his invention of an early instant coffee process and for the company he founded to mass-produce it, the G. Washington Coffee Company.

An emigrant from his native Belgium, he arrived in the New York area in 1897 and dabbled in several technical fields before hitting upon instant coffee manufacture during a sojourn in Central America in 1906 or 1907. He began selling his coffee in 1909 and founded a company to manufacture it in 1910. Based in New York and New Jersey, his company prospered and became an important military supplier during World War I. The company's products were also advertised in New York newspapers and on the radio. The success of his company made Washington wealthy, and he lived in a mansion in Brooklyn and then moved to a country estate in New Jersey in 1927. In that same year, he lost a dispute with the tax authorities. Washington was married and had three children.

Washington's company was sold to American Home Products in 1943, shortly before his death. Though the coffee brand was discontinued by 1961, Washington's name is still used today in the product G. Washington's Seasoning & Broth.

Discuss this George Washington biography with the community: