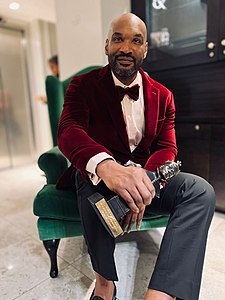 Who is Habib Nasib Nader?

Habib Nasib Nader is a British actor, best known for his role as Gregory in the BBC television comedy Little Britain, written by and starring Matt Lucas and David Walliams.

Theatre credits include "The Grouch" at The West Yorkshire Playhouse and "White Open Spaces" in Edinburgh, Soho Theatre and Sweden

The 6'5" actor also appeared in the BBC television series Judge John Deed, "Mistresses", "Beehive" and in the films The Libertine and Revolver and "The Golden Compass". He trained at the Academy Drama School and at the London Academy of Music and Dramatic Art.

Discuss this Habib Nasib Nader biography with the community: