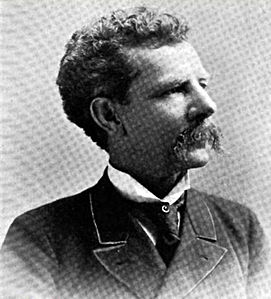 Who was Hamilton D. Coleman?

Hamilton Dudley Coleman was a businessman and politician who served one term in the United States House of Representatives from Louisiana's 2nd congressional district from 1889-1891.

Coleman served in Washington Artillery in the Army of Northern Virginia during the American Civil War and was part of the Confederate Army that surrendered at Appomattox, Virginia.

He returned to New Orleans and became a manufacturer and dealer of farm equipment, and an organizer of New Orleans's first electric lighting company. He was elected as a Republican to Congress in 1888, but lost his bid for reelection to Matthew D. Lagan, the previous holder of the seat. Coleman was the last Republican elected to the House from Louisiana until David C. Treen won the general election in Louisiana's 3rd congressional district in November 1972. Coleman was the last Republican to hold the 2nd District seat, until Joseph Cao won it from Bill Jefferson in 2008; Cao also held it for only a single term.

Coleman ran twice for Congress and governor and once for lieutenant governor, having lost all of those races. From 1899 to 1905, he was the melter and refiner for the since defunct United States Mint in New Orleans. He died in Biloxi in 1926 and is interred at Metairie Cemetery in New Orleans.

Discuss this Hamilton D. Coleman biography with the community: