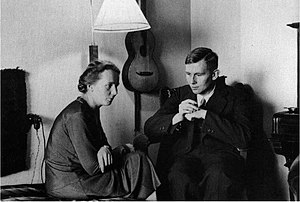 Who was Hans Hellmann?

Hellmann was born in Wilhelmshaven, Prussian Hanover. He began studying electrical engineering in Stuttgart, but changed to engineering physics after a semester. Hellmann also studied at the University of Kiel.

He received his diploma from the Kaiser Wilhelm Institute for Chemistry in Berlin under Otto Hahn and Lise Meitner. He received his Ph.D. at Stuttgart with Prof. Erich Regener, who was also the landlord of his future spouse Victoria Bernstein. In 1929 Hellmann became assistant professor at the University of Hanover.

After the Nazi rise to power, Hellmann was dismissed on December 24, 1933 as ‘undesirable’ because of his Jewish wife. He immigrated to the Soviet Union, taking up a position in Moscow. However, he was later denounced during the Great Purge, imprisoned on 10 May 1938, and executed on 29 May. His son, Hans Hellmann, Jr., was only allowed to leave the former Soviet Union in 1991.

In science, his name is primarily associated with the Hellmann–Feynman theorem, as well as with one of the first-ever textbooks on quantum chemistry.

Discuss this Hans Hellmann biography with the community: