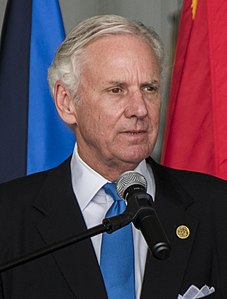 Who is Henry McMaster?

Henry Dargan McMaster is an American politician who served as Attorney General of South Carolina from 2003 to 2011. He was an unsuccessful candidate for the GOP nomination in the 2010 South Carolina gubernatorial election.

Discuss this Henry McMaster biography with the community: